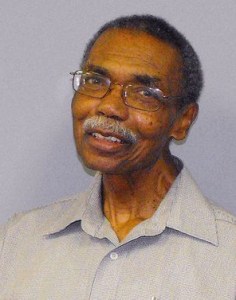 On the very day that Tim Robinson was sworn in as Ward 4 Dooly County Commissioner, his predecessor, Harry Ward died after a long illness.

Ward, 87, who most every one called “Coach,” served as County Commissioner from June 1992 until December 2020 and as the chairman in 2011. He came by the name naturally.

He died Thursday morning at the Houston Medical Center in Warner Robins.

The funeral service will be announced at a later date pending the completion of the arrangements.

Barron said that “Coach” played just as big a role in his development from a schoolboy into a man.

His voice cracking with emotion, County Administrator Steve Sanders, led the Commission in prayer asking God to “wrap his arms around the Ward family.”

The news of Ward’s passing was such a shock to Barron, who had just been elected to be the Commission chair that he had to decline conducting his initial meeting.

Moving on to the housekeeping that must be done every January, Commissioner Eugene Cason was elected to be the vice-chairman and Bert Gregory was selected to serve as county attorney.

In other business, the Commission:

The next regular meeting of the Dooly County Board of commissioners is scheduled for Thursday, January 21 at 9 a.m. at the commission office, 113 N. Third Street, Room No.1, Vienna, GA 31092

Back to school drive

Back to school drive

Arrest Made In Shooting Case

From the Classroom to the Academy